Your browser is old and unsupported. Please upgrade!
SHARE 25

With community and tradition, Tanka Bar fights for its market share 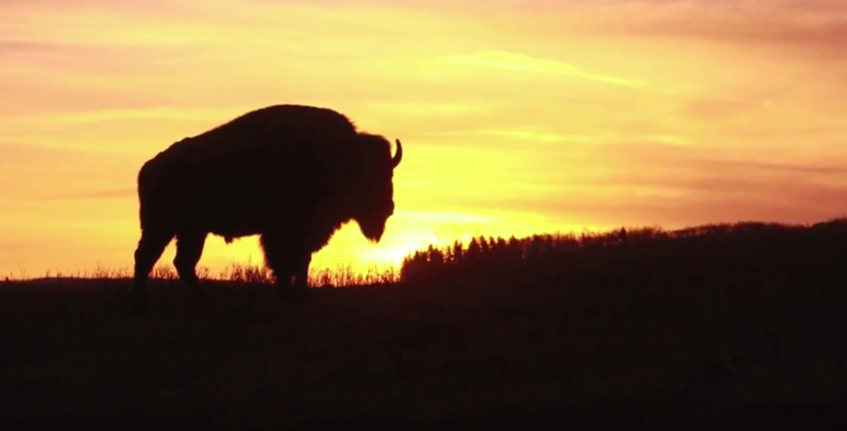 Her husband had just been in a near-fatal car accident, and on the Pine Ridge Reservation in Southwestern South Dakota, that meant a long drive. At 90 miles away, the hospital in Rapid City had the closest intensive care unit. Hunter had to get into the ambulance and then spend almost two hours watching her husband fight for his life. Once they got to the ICU, she stayed by his side for more than two weeks.

If she lived anywhere else, Hunter says, she would’ve had to quickly return home without seeing her husband through his eventual recovery. She would’ve been too worried about her family’s well-being.

In Pine Ridge, she didn’t even have to ask for help. Friends watched over her daughters in shifts. Neighbors took care of the animals. At one point, a friend visiting the hospital handed over the clothes off her back after realizing Hunter hadn't changed in a couple days. Knowing one of their own was in need, the Lakota community handled everything.

This is the spirit that drives Native American Natural Foods, the company Hunter and business partner Mark Tilsen founded in 2007. From its flagship product, a line of energy bars called Tanka Bars that are made using traditional methods to combine all-natural buffalo meat and fruit, to their production facilities on the reservation, the company has captured the spirit that makes the Lakota community so special.

This is the aspect of Pine Ridge that Hunter and Tilsen want outsiders to understand. Those outsiders often don’t, mainly blinded by the staggering statistics surrounding life on the reservation. The average income is less than $6,000 per year. Life expectancy for males is 56 years old. Infant mortality rates are two times the national average. Statistically, living in Pine Ridge is similar to living in Haiti.

In their 10 years of business, Tanka Bar sales have fluctuated. At one point, they were the only company on the market selling meat and fruit bars. Now the space is crowded, full of huge companies spending hundreds of millions of dollars on product marketing, and Tanka Bars are trying to keep up.

Native American Natural Foods needs about $25,000 more to finish out their Wefunder campaign, money that would go toward packaging, marketing, and social media. The goal is to present their mission in a way that’s authentic but also competes with the much deeper pockets of the bigger brands.

Hunter and Tilsen know that they might be able to sell more Tanka bars if they employed Pine Ridge health statistics in their marketing. If they turned it into a charity case. But Native American Natural Foods doesn’t want to base their business on harrowing statistics. They want to base it on the enduring Lakota spirit.


The idea behind Tanka bars started in a meeting room on the reservation, but the idea behind the actual product has been around for thousands of years. The process is called Wasna, which means “all mixed up” in Lakota. Using high-acidic fruit to dry out quality buffalo meat, the tribe survived on Wasna by relying on the nutrients and freshness of the food to survive the winter.

Hunter, who grew up on the reservation, says the Wasna process is something every Lakota is familiar with. It’s ingrained not only in their history but in everyday life.

So after a group of local buffalo producers wanted to explore market opportunities, Hunter and Tilsen used that history to take the project to a whole new level.

“We looked at Ben and Jerry’s, Patagonia, all these brands created in very isolated rural areas, and said, ‘Even though we’re in one of the most geographically, economically, and politically isolated places in the country, what if we took the best of the reservation to make a brand?’ ” Tilsen said. “We took the best of the food and the culture and used it to break the isolation of the reservation and build a brand that could one day become powerful enough to do that.”

That the buffalo producers laughed in their faces was no deterrent. The duo knew they had something real, a product that could utilize their history to change their future.

The company tinkered with their Tanka Bars for a year before distributing 10,000 free samples at a large Native American gathering event called the Black Hills Powwow. Tilsen called it their quiet launch, hoping to gain some momentum with local tribes before ramping up their website and production.

It didn't work. Word spread too quickly. The local paper picked up their story, then the AP. Ten days after their “quiet launch,” Native American Natural Foods was on the cover of the Taste section of the New York Times.


Since then, Tanka Bars has grown into a national brand. Stocked by stores like Costco, REI, and Whole Foods, it sold in all 50 states last year and is the only nationally distributed product certified as Native American. You can now eat Tanka Bars in flavors like coffee hatch chile, apple orange peel, and jalapeno. Most importantly to Hunter and Tilsen, they’ve created 13 full-time jobs, eight of those held by Lakota people, in an area where the unemployment rate is more than 70%.

Hunter and Tilsen still feel like they’re fighting an uphill battle. Sales numbers dropped 19% last year due to increased competition for shelf space, market shares, and marketing dollars spent. While their 2017 sales numbers have returned to where they were in 2015, Native American Natural Foods want both their past and future Wefunder investors to know that in order to sustain long-term growth, the company needs to invest more capital in rebranding and repackaging. The issue is not the product, which is just as valuable to the Lakota now as it was for their ancestors.

Jerry Russell
Brian, they're not asking for a handout. They're offering a great product at a fair price, and they're offering early-stage stock in a growth company at a great price. It's the best of what American culture is supposed to be about.
Jennifer Martin Investor
Negative comments I see below are completely bizarre to me. I think it's cool and I might just invest. Kinda wish I could try one.
Jason W. Follower
Yes.
John J Longeway Follower
Rewind....
Brian Manley
Am I the only getting an "us vs them" vibe? Feels like the message is: "We are the Lakota. You are an outsider. Our culture is better than yours. Give us money to support our culture. Which you will never be a part of. Because you are an outsider." I think the mentality needs to change for this campaign to be a success...