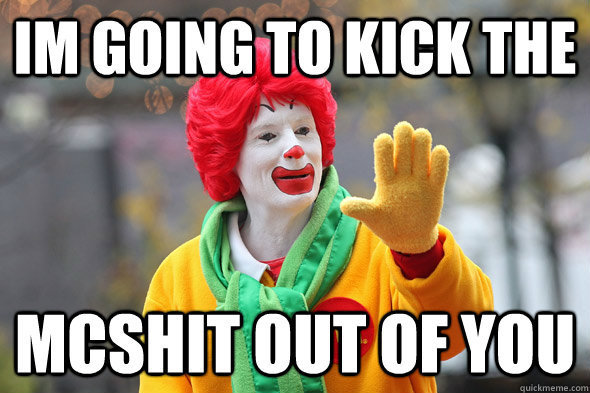 In 2015, McDonald’s (NYSE: MCD) stock seems to have turned a corner. Shares have risen by approximately 10% and investors are hoping this is the start of a new trend. The stock has been a strong long-term play, with an average annual return of nearly 12% over the last ten years. Prior to this turnaround, however, the stock’s performance was far less impressive. When a large company like McDonald’s lost its way, activist investors began to step in.

Since the beginning of 2015, a number of activist investors have increased, or taken a new position in McDonald’s. Take a look at the list of investors involved:

With this in mind, this time could be different. Big positions by activist investors should create pressure on management to unlock additional value. Investors have two choices, watch from the sidelines, or go along for the ride.

The first thing activist investors will continue to push for is menu innovation at McDonald’s. The company is already moving in the right direction, but activists may provide pressure on management to speed up this transformation.

Two companies that have been providing McDonald’s with outside pressure on its operations for the last few years are Chipotle and Panera Bread. Chipotle (which ironically used to be part of McDonald’s) core message is its “Food With Integrity”. The company wants customers to know what is in their food, how it’s prepared, and to have confidence in the brand. Panera Bread’s turnaround is partially based on removing artificial preservatives, colors, sweeteners, and more from its food. The company suggests that this is “food as it should be.”

McDonald’s response has been a lot of promises with long timelines. The company committed in 2013 to increase fruit and vegetable options, yet Extra Value Meals didn’t offer healthy substitutes for French fries until 2015. In addition, the company plans to, “fully transition to cage-free eggs…over the next 10 years.” For a company that is already struggling to get its sales moving in the right direction, a multi-year plan for certain improvements seems far too slow.

The second change that activists are likely to push for is, an even more aggressive refranchising goal from McDonald’s. Part of the company’s turnaround plan is, to sell 3,500 company-owned locations to franchisees over the next three years. While this is a step in the right direction, the company is already playing from behind.

Roughly 82% of McDonald’s locations are run by franchisees today. In the next three years, the company expects this percentage to rise to about 90%. By comparison, Restaurant Brands International (NYSE: QSR), which owns Burger King, already has roughly 90% of its (B.K.) locations franchised. Another competitor that takes its franchising efforts even further is Dunkin’ Brands (NASDAQ: DNKN). The owner of the Dunkin’ Donuts and Baskin-Robbins chains uses nearly 100% franchised locations.

Activist investors normally push for better cash flow, which theoretically would allow the company to repurchase more shares and pay better dividends. If refranchising 3,500 locations is a good move, activists would be likely to suggest that the remaining 3,156 company-owned locations should be refranchised as well.

Get Paid to Wait in Line

Some analysts have suggested that McDonald’s investors should be patient and wait for the stock to take off. With a current yield of better than 3%, this argument holds some merit. However, a decent yield isn’t worth much if it isn’t supported by sufficient cash flow.

In the end, there are two options for individual investors, either sit on the sidelines or get in the game. McDonald’s is already making some positive changes, and the number of activist investors at the table could speed up this process considerably.

If you want a way to buy shares of McDonald’s to go along for the ride, Instavest could be your best option. Individuals can pool their resources by taking either a lead investor or co-investor role. Lead investors choose the stock, make the investment, and describe why they believe the stock is a compelling investment. Co-investors can mirror this investment, and either sell automatically when the lead investor does, or choose their own exit strategy. The Golden Arches have been good to investors over the long-term. With pressure on management to perform, now could be a good opportunity to become an activist yourself through Instavest.

Want to drive shareholder value? Get $50 to join the world’s best activist investors on Instavest now.