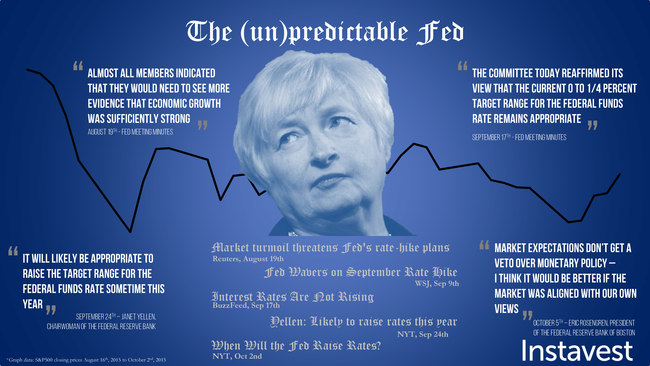 For the past six weeks, the Federal Reserve has been in the headlines as the markets anxiously await its decision regarding raising the Federal Funds Rate for the first time since December 2008.

Between official press releases of meeting minutes, off-hand comments by Fed governors, and commentary by Chairwoman Janet Yellen, the Fed has poorly communicated what to expected, creating severe volatility in the markets, alongside a major correction that occurred in mid-August.

It has been argued that by keeping interest rates artificially low for the past several years, investors have mispriced risk as gains were relatively easy to come by. The market hit record highs in mid-2013 and continued to climb, nearly unabated, until recent events this past summer began to create fear and uncertainty. This puts the Federal Reserve in a difficult spot, as a further correction may be looming as the economy teeters.